Where is the sting of death if the seeds of love we’ve planted will be remembered?

After those words had been read, Grandpa simply stated, “I’m at peace.”
The sting of death.  So aptly put.  Even when we know the eternal outcome, there is the sting.  There is also the sting before the end.  There is the sting of a man unable to be as able-bodied as he has been.
These moments brought no shortage of discussion in our home and family as my sweet man contemplates aging and how it would feel to arrive at those late ages and in each of those circumstances.  Man #1, unable to take care of things without help from someone younger.  Man #2, incapacitated due to health problems and all alone in the world.  Man #3, having done what a man comes to this earth to do and having done it well and with honor, surrounded by love grown from planted seeds to a veritable jungle of the stuff.
These are men.  Men once powerful in both body and spirit, now forced to be dependent on others for everyday things.  Men, who fought in wars and fathered children and led families.  The same that labored to provide and suffered loss and defeat and rose to face yet another challenge.  Men, now looking into the deepest places, facing mortality head on, much as they faced life once upon a time.
This is what these three men have in common.  They’ve thought it all through. They’ve had the time and years to ponder what it all means.  They’ve had a life partner with which they’ve most certainly discussed how things would be if they got to this point.  This isn’t a surprise to them.
It can be the surprise of death that gets us. None of us want to be caught off guard in losing someone or our own selves.  We’d all prefer to have lived it, accomplished it, done it well, and then…well, then what?  Are we ever ready? Can we say today that we did what we were here to do?
The things that matter can be pared way down.  In fact, it wasn’t long ago that I came to the conclusion that it all boiled down to one gigantic, little word.
LOVE.
Love given, and love received.
Before you write that off as cliché, just give it a moment.  No degree, no amount of knowledge or accomplishment, no achievement or hard work, no wealth acquired or name in lights matters one whit if one didn’t love those around them.  The seeds of love planted, that simple, complex task so full of promise is ALL that matters.  Added to the certainty Grandpa has in the One in Whom his future rests, all is truly well with his soul.  It’s as it should be.
I’ve learned a bit these last few weeks.  I feel younger, though I got older, and I feel more responsible to see each day as a gift.  The fragility of life is imprinted on my heart.  I’m thankful for the certainty of my future, though I know nothing of what it holds.  I’m glad to know love and to have found its relevance and eternal value.  I’m thankful for examples of love and life and legacy.  I feel compelled to share this with you, my friends so that perhaps you are inspired, as we were, to consider this day — what it is that holds value to you — and how it will hold up in the end.  Strip it all down, and find the barest part of who you are and if you don’t love its reflection, perhaps do some tweaking.  The things we hold high can suddenly look rather unimportant, can’t they? Look into some eyes around you.  Think past this day and its cares and decide that you will invest well.  Plant some seeds. 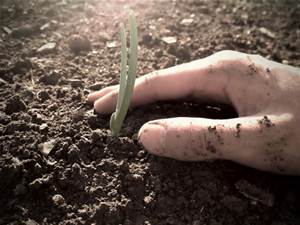 “This is how much God loved the world: He gave his Son, His one and only Son. And this is why: so that no one need be destroyed; by believing in Him, anyone can have a whole and lasting life. God didn’t go to all the trouble of sending His Son merely to point an accusing finger, telling the world how bad it was. He came to help, to put the world right again. Anyone who trusts in Him is acquitted…”

I'm always cooking up something new in the kitchen! Be sure to subscribe to stay up to date on the latest happenings and recipes!

This error message is only visible to WordPress admins