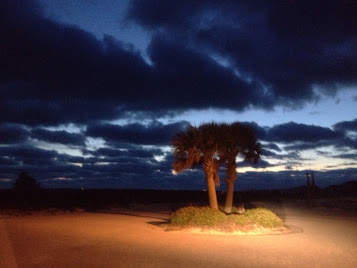 Before you sit down there’s something I need to explain.

…never again will I love you. My heart it refuses to be your home. No longer your prisoner, today I remember, apart from you is where I belong.

My mom used to call me a worry-wart. Such a silly name, really, for what I was feeling. I wasn’t worried. I was scared silly. About everything. Pretty much Chicken Little. Give me a situation and I can come up with the worst possible scenario in two seconds flat and have lived it in my mind in ten.

I was the kid who was afraid of my dad dying every time he left the house to go to work, my family falling apart, and sharks in pools (even pools in the desert–I’m not kidding–there was even tumbleweed).

Irrational fears took up residence in my heart and mind, and I didn’t know how else to live.

When I got older and married there were times when my husband would look at me like I was off my rocker if I told him one of my crazy imaginings. So, I pretty much didn’t.

Then, my husband ingrained a phrase in my head that he heard growing up that repeats itself to this day.

Where do fear and doubt come from?

Well, I’ll give you a big hint. They sure don’t come from a loving God!

If you look around at all the messed up people you observe every day (definitely don’t try using the mirror for this exercise–much too close for comfort) you will see fear played out in a number of ways. Insecurity is running rampant and at the base of it all. It makes folks act in ways they regret later. Fear of failure, fear of being alone, fear of death. The list could go on forever.

When my husband first started traveling regularly for work, I had this thing I did in my mind. Prepare yourself–my mind can be a scary place. I would envision him crashing in his plane, the airline contacting me as I saw news footage of the wreckage. I would mentally go through the process of every detail including the kids and I losing our home and grieving for years.

Why?? Well, because somewhere deep in me was this feeling that any good thing I had could never last. That there was always a big ol’ size thirteen cowboy boot about to smack me on the head. (In case you didn’t catch that, it’s the proverbial shoe dropping). I think I thought that if I had already lived the whole thing out in my mind, it wouldn’t be so surprising if/when it really happened.

I had grown up feeling like the kid whose life had been built on the sandy land. You know the one? Too near the shore. I never felt safe.
I am convinced that a major ingredient for a healthy person (especially of the female persuasion) is security. We need to know that we are going to be okay.

When our foundation isn’t rock solid, we are a hot mess. Period.

You know what it all boils down to? Trust. Five little letters that shape our entire life. If we don’t fully know the goodness of the hands that hold us, we will live a life of fear. Trust in a loving heavenly Daddy took me a loooong time to get a hold of. In fact, I didn’t really trust Him as a Father because I didn’t know what that looked like. It took me knowing the true love of my husband to know the love of God. But that’s a whole ‘nother entry for a whole ‘nother day. Remind me.

Years of this stupid, fear-based thinking led me to a friend finally saying, “Wow, Alison! Just think, all that time you spent being afraid, you could’ve been praying.” Oh. Yeah. Oops.

It was not my favorite lesson in life. In fact, it was the hardest one ever–to learn to trust. I had to learn it in human relationships which took lots and lots of practice and a lot of patience from my husband. I literally used to say to him in the early years when nothing was even wrong, “Just leave me now. I know you will someday, and I’m sure it will be even harder then so just get it over with.” I’m pretty sure he thought he’d married a fruit loop, but after he gave me the you-must-be-crazy look, he reassured me and loved me anyway. For me, good things just felt, well, too good to be true.

Unfortunately, the only way I learned to trust my God was when He gently took me through the waters and I didn’t drown. When He took me through the fire and I wasn’t even burned. After the storm, I could look at Him and could say, “You really love me!” Did I enjoy the flood and the fire? Heck and no. Was it worth it? A million times, yes.

Now, because I trust His love for me even when things hurt like the dickens or when an enemy tries the old fear game in my head, I can know that no matter what happens, I am being held. There is a safe place in any storm.

I’m going to end with a story. Recently, while my husband was in Europe for work, two of my kids and I found ourselves in a dicey situation. We were staying on the Gulf of Mexico in a house built on stilts on a little, tiny finger of land between a huge bay and the Gulf. Gorgeous place. Until a tornado is coming. All of a sudden, a rainstorm turned into a tornado warning. And, I’m not talking about the kind of “maybe” tornado watch we get in Michigan. I’m talking–oh, that’s what that test of the emergency broadcast system is for–tornado. The TV screen went to, “TORNADO WARNING! A tornado has been spotted in your area. Take cover immediately!”

Yeah. That’s cute when there is no safe structure anywhere nearby! These people don’t know what a basement is! Stilt homes do great for flooding (which we were thankful for since we had that, too) but collapse in hurricanes or tornadoes like toothpicks. I checked. A half of a mile from us is the end of the skinny, twenty mile long peninsula we are on. There is also a fort there that has survived 3 major wars. We grabbed the dog and our smart phones (to be smart, of course) and drove to the end to at least see what was coming, and if necessary force our way in to the fort to ride out the storm. We watched it come in. It was scary. We stayed and watched the sky as long as we could, but eventually night was falling and we knew we’d be sitting ducks after dark. We tried to get into the fort but they have this pesky little detail called a guard. So we headed back to our stilt house.

At the same time, I texted a friend who I knew would begin praying for us immediately and powerfully. This is what she told me. “I feel like God is saying, ‘Don’t just ask, but speak to the wind in My name.’ We have the authority!”

I had just read that story not too many hours before about how Jesus was sleeping in the boat and the storm came and He stopped it with His words. I must admit I was really hoping the neighbors weren’t watching as we stood on our back porch and commanded the storm to leave or be still in the name of Jesus. Would you believe me if I told you it did? Within minutes all we had was a rainstorm. Nine alerts turned to one–flash flooding. Exactly what this house could handle.

Hello, Fear. Before you sit down there’s something I need to explain. (click for song)

Probably only a couple of you will care to watch this video. I took it on my phone while we were watching the possible tornadoes coming in. It’s not t
oo exciting, but for those who wondered…

Grove Collaborative: I have used primarily Grove products for years now and not sure what I'd do without them in my kitchen! Lots of fantastic free stuff with a membership -- click the picture below to get in on the fun!

I am LOVING my spices from Savory Spice! Their selection is spectacular and their quality has proven itself a win in my kitchen! Check it out and support your favorite little blog with each purchase!

Friends. If you make ham over the holidays, do yo

Your leftover turkey + this recipe can make the yu

For when you need to start pretending it's not tur

Happiest of Thanksgivings to you, my friends, from

💥Pro-tip for today! Brine that turkey! We creat

🦃Each day from now until Thursday, I'll give yo

The FOOD holiday is fast approaching. You know, t

Are you going to join me Thursday night? It's a t

I have a beautiful pumpkin recipe ready for you al

In case you're having a hard time viewing my recip

We are about to go into full-on Thankful Feast pre

When comfort food is also classy. I cannot tell y

When you just want the perfect, soft, buttery, cin